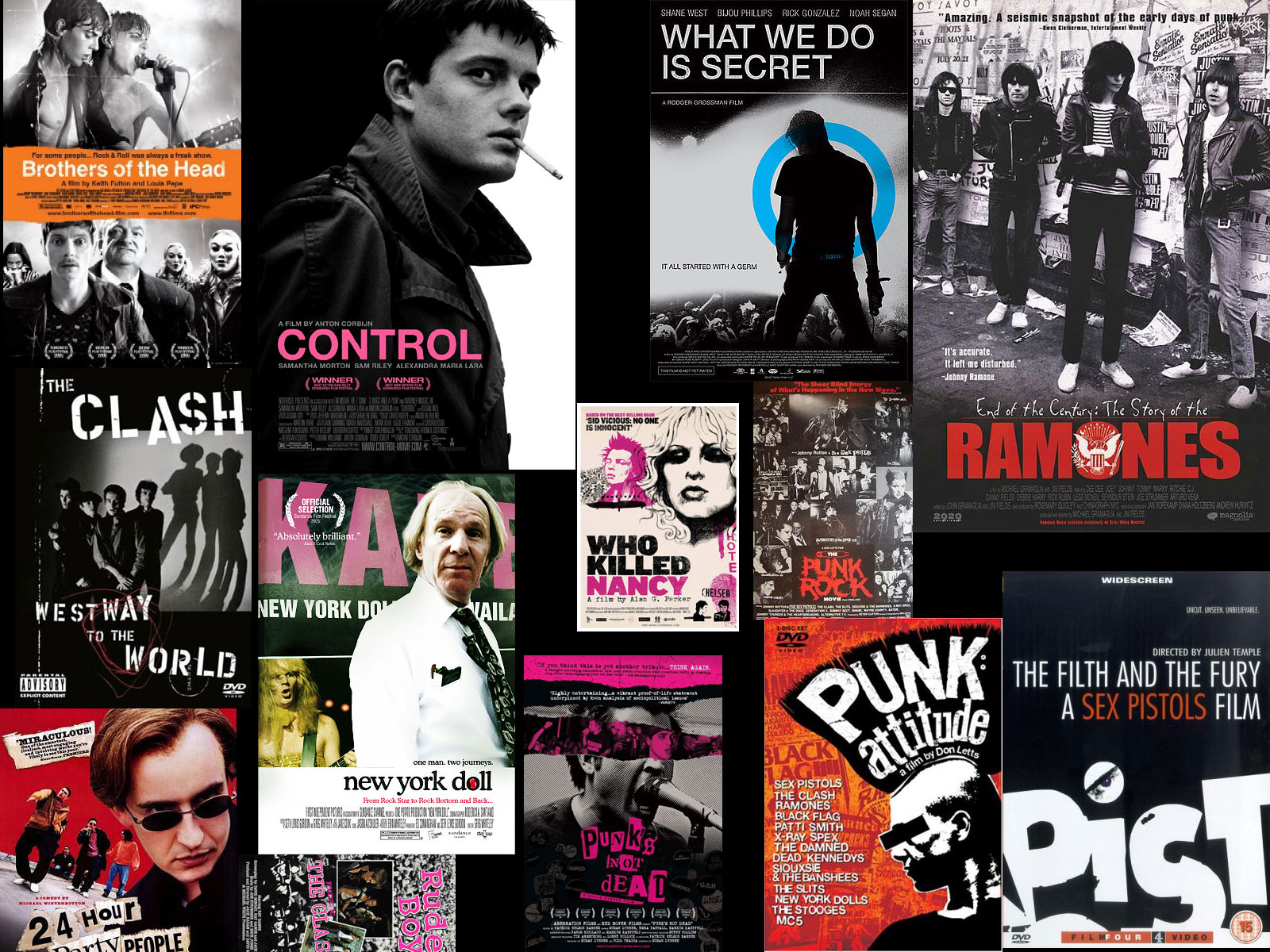 24 Hour Party People
Docudrama on the Manchester music scene of the 1980s and ’90s. 24 Hour Party People traces the rise and fall of bands like Joy Division, New Order, and Happy Mondays–bands whose success in the U.S. was limited, but whose impact in Europe (and England in particular) was phenomenal. It all centers around the record label that spawned these bands, Factory Records, and its impresario Tony Wilson (Steve Coogan), a man both ludicrous in his self-absorption and brilliant in his willingness to go out on a limb for bands he likes.

Another State of Mind
The documentary details the ambitious journey of an early Social Distortion and Youth Brigade and a small road crew as they tour across the U.S. and Canada.

Afro-Punk
Afro-Punk: The Rock is a documentary film directed by James Spooner, exploring race identity within the punk scene across America and abroad.

The Clash: Westway to the World
Documentary film about the British punk rock band The Clash. Directed by Don Letts.

Control
Control is a 2007 biographical film about the life of Ian Curtis, singer of the late-1970s English post-punk band Joy Division.

Dogs in Space
Dogs in Space centers on a group of young music fans sharing a house in the inner Melbourne suburb of Richmond.

End of the Century: The Story of the Ramones
Documentary film about highly influential New York punk rock band the Ramones. The film tells the story of the Ramones from their beginnings in Forest Hills, Queens and earliest performances at New York’s CBGB’s to their unexpected induction into the Rock and Roll Hall of Fame in 2002.

Garage Days
Garage Days is a 2002 Australian film directed by Alex Proyas and written by Proyas.

Punk: Attitude
Punk: Attitude is a film by Don Letts. It explores the “punk” revolution, genre and following from its beginning in the mid 1970s up to its effect on modern rock music and other genres.

Rude Boy
Rude Boy is a 1980 British film directed by Jack Hazan and David Mingay and filmed in 1978 and early 1979. The film, part fiction, part rockumentary, tells the story of Ray Gange, a Clash fan…