Subculture Birmingham theory is best described as an amalgam. Its examination of the splintering of traditional working class culture draws on established traditions including Marxism, Gramscian hegemony and Chicago School studies of urban micro-sociology grounded in US behavioural social science (Cohen 1955; Merton 1938; Whyte 1955). Elements of deviancy theory (Howard Becker’s Outsiders (1963) and the work of Erving Goffman), Durkheim’s ideas on ‘anomie’, the Frankfurt School’s vision of a mass society (to be discussed in the next chapter), and French structuralist political theory were also crucial theoretical influences. In this way the CCCS saw ‘subcultural space’ as far from unmediated. 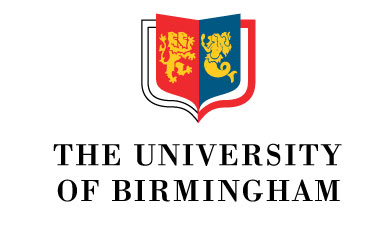 The Birmingham theory is explicitly political: interpreting youth subculture (ritual) as a response (symbolic resistance) primarily to class oppression. Corrigan and Frith (197 write: ‘Young people’s experience is precisely the experience of the State’s attempt (more strident than for their elders because their position is as yet less secure) to ensure their contribution to the reproduction of capitalism.’ Subculture then is, for the young, a diversion from the boring powerlessness of the daily routine, with wider potential consequences for the ideology of ‘everyday’ social processes.

The prolific output of the Birmingham Centre for Contemporary Cultural Studies (CCCS) from the 1970s forms British academia’s most sustained engagement with youth culture. The Birmingham CCCS approach is best represented in Hall and Jefferson’s (1976) Resistance through Rituals, a multi-authored volume which provided the blueprint for Birmingham subculture studies. Here ‘authentic’ subcultural identity was understood as being expressed by youth in terms of a cohesive and collective cultural resistance to the dominant order. A number of very good secondary sources now exist on the CCCS subcultural studies and their antecedents (e.g. Gelder and Thornton 1997; Epstein 1998), so I do not wish to dwell too heavily on this subject here. Rather than labriously stating in great detail what subcultural theory was, I want instead to highlight some of its deficiencies, through which central tenets of the broad doctrine will emerge as a result.

Subcultural Birmingham theory attracted numerous criticisms almost from the outset – not least from some of the Birmingham authors themselves, such as Dick Hebdige and Angela McRobbie, who are part of what Wulff defines as ‘an entire industry of critique and autocritique’. The main problems of subcultural theory come under three interlinked main headings – omissions, structural overdetermination and methodological problems. If we take the first of these, in some ways it is easier to criticise the Birmingham School by highlighting the categories of youth excluded from their analysis rather than those included. Despite the emergence of subcultural theory out of wider political and cultural movements of the 1960s and 1970s including feminism and antiracism, women and black youth receive at best only a partial treatment in early subcultural studies outside the obvious contributions of McRobbie and Garber (1976) and the later CCCS volume (1982) The Empire Strikes Back.
The second of these criticisms relates to subcultural studies’ overly deterministic reading of youth social action, or what Kellner (1994) has termed its ‘fetishism of resistance’. For the CCCS youth were social actors in highly circumscribed contexts, subject to structural constraints not of their own making and largely beyond their control. This criticism is one that is strongly connected to the third which deals with methodological concerns. The heavy emphasis on Marxist–structuralist theory is at the expense of the empirical grounding of the Chicago school tradition. As Frith writes (1985) ‘subcultural theory is based on remarkably limited empirical research’. Indeed, despite including three chapters that focus on methodology (Butters 1976; Pearson and Twohig 1976; Roberts 1976), like much CCCS work (e.g. Hebdige 1979) the majority of the contents of Resistance through Rituals is based on media sources. Needless to say, such marginalisation of subjects such as ethnic minority youth and girls leads to distortion. I want now to discuss some of subcultural studies’ omissions in greater detail.

One of the most important criticisms of the Birmingham CCCS work is the lack of consideration given to females. Girls are the subject of sexual conquest by the ‘lads’ rather than presented in active agents in any way.
Black youth have tended to register with the social sciences under the categories of ‘race’ or ‘migrant labour’.
The impact and influence of gay culture on British post-war youth culture is a further CCCS omission.

Although the CCCS’s studies of 1970s youth were based in Britain, theoretically they drew heavily on continental traditions, particularly Marxism and French structuralist philosophy, emphasising the role of social structure(s) in predetermining individual trajectories. The concepts of culture, semiotics and ideology and the study of language and linguistics, anthropology and literary criticism are all spanned by this broad perspective.

The fundamental problem with Birmingham subcultural analysis is that it takes the card-carrying members of spectacular subcultures as its starting point and then teleologically works backward to uncover the class situation and detect the specific set of contradictions which produced the corresponding set of styles.

No researcher can ever ultimately be neutral, and the members of the CCCS made no pretence at being so; their very logic of inclusion betraying their agenda. With their work set in the context of multiple economic crises and social and economic polarisation in Britain, perhaps then the Birmingham School is best understood as a strictly partisan political project; as a last 1960s idealist flourish in its core construction of ‘youth as a metaphor for social change’ .