Metalheads, Headbangers: a heavy metal fans go by a number of different names, including Hessian and Thrasher. These vary with time and regional divisions. There is no universally accepted single phrase to refer to fans or the subculture itself.
see article about heavy metal girls 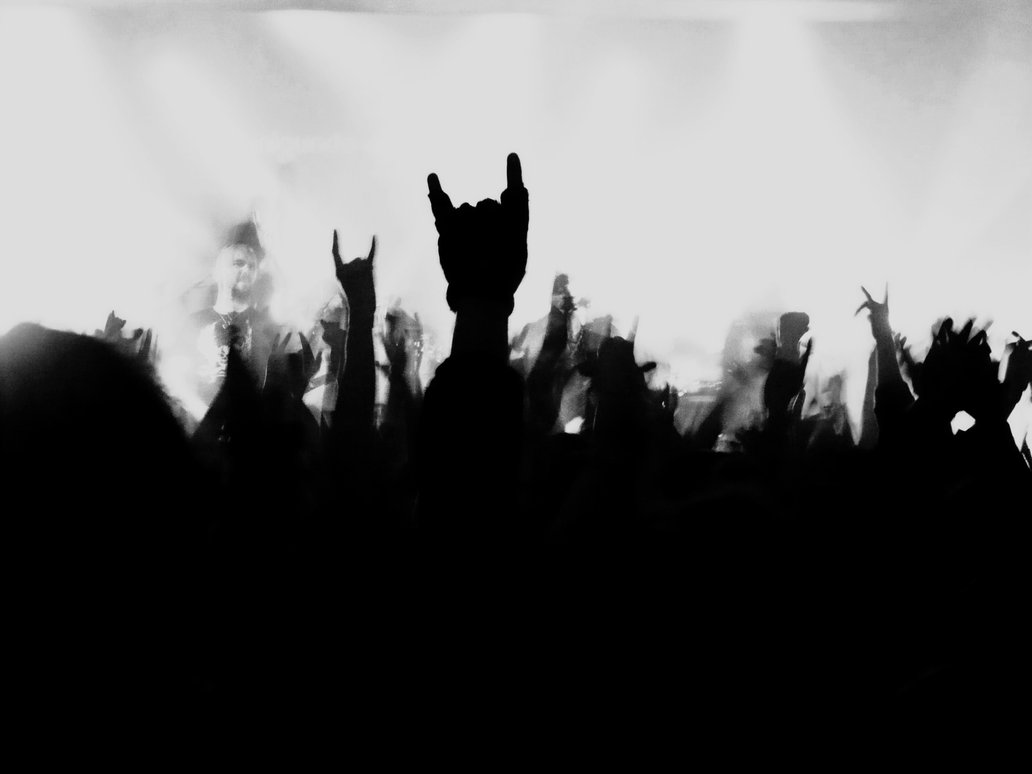 What Is This Thing Called Heavy Metal?

In order to understand metalheads and the heavy metal subculture, some familiarity with heavy metal songs is essential. Before beginning it should be clear what kinds of songs is define as heavy metal, because there is much debate among metalheads as to which songs and groups do and do not. For those who define the term strictly, heavy metal includes only bands that have a harsh, dark sound and perform songs mainly with themes of alienation and anger. For those who define the term more loosely, heavy metal includes not only these bands but also bands that have a brighter, lighter sound and whose songs concern mainly boy-girl and hedonistic themes: angry love, lost love, desired love, partying. The most common lyrical themes in heavy metal songs are violence and angst, it will come as no surprise that the mood of heavy metal songs tends heavily in the direction of anger and sadness.

In recounting the history of heavy metal, one could begin as recently as the early 1980s or as far back as the invention of the electric guitar. It was not until the early 1980s that heavy metal became a distinctive form, clearly different from hard rock. Heavy metal music is a highly technological musical form. It would not exist if the technological basis for it had not developed, so the history of heavy metal music is to a large extent a history of the applications of modern electronic technology to popular music. The beginning of heavy metal as a genre distinct from rock music is difficult to define precisely. There was a gradual progression, of sorts, from rock in the middle ’60s to so-called acid rock in the late ’60s, to early heavy metal in early 1970s. Most observers agree that it arose around 1969-1972, with groups Led Zeppelin and Black Sabbath. The term heavy metal was popularized in the Steppenwolf hit “Born to be wild” which includes the phrase “heavy metal thunder”. The new genre was distind from rock music not only musically but in its lyrical themes. Throughout the 1970s groups such as Led Zeppelin, Black Sabbath, and Judas Priest had much lucrative success as heavy metal bands. In the 1980s and into the 1990s new heavy metal bands came along, and new technologies made the heavy metal sound still darker, fiercer, more abrasive. Iron Maiden produced songs that were often broodingly introspective as well as songs based on myths and legends. Metallica and Megadeth developed a startlingly dark and energetic sound, and they used it to convey gloomy lyrical themes of religious and political hypocrisy, alienation, and existential emptiness. Slayer gained a following with songs of chaos and violence, the lyrics almost growled or snarled rather than sung. heavy metal in its current incarnation includes what we might call “mainstream metal,” with groups such as Iron Maiden, Judas Priest, and Ozzy Ozbourne, speed/thrash metal groups such as Metallica, Megadeth, Slayer, and Anthrax, and death metal groups such as Rigor Mortis and Post Mortem.

The ideology of alienation

There is more to the appeal of heavy metal music than the appreciation of the performers’ playing skill, more than the high-sensation pleasure of the music. There is also the ideology of it. Heavy metal music is not simply a musical preference to most of the boys who like it, the way a person might have a preference for, say, dance music or jazz. It is not merely a diversion, but something that both shapes and reflects their view of the world and of themselves. They are called metalheads or hadbangars
and they call themselves by these titles as well, with a certain ironic pride. These are ideological labels at least as much as they are a declaration of musical taste.
The ideology of heavy metal is one of pervasive alienation. But this alienation is carried with pride and defiance by the performers and their fans. It takes courage, in their eyes, to expose the lies and ugliness of the world as it is. This courage is, in part, what defines heavy metal for them. In sum, the reasons for the appeal of heavy metal music include admiration for the musical talent and skill of the performers, enjoyment of the intense sensations of the music, and a fervent belief in the ideology of alienation expressed in heavy metal songs. The metalheads’ embrace of the ideology of alienation is of particular interest because of what it suggests about the experience of growing up as an adolescent in our time.
The most common sources of alienation are: lack of socialization in the family, missing extended family, divorces and family conflicts, geographical mobility, school and religion (unreligiousness), cultural ideology of individualism.

Are metalheads more reckless than other adolescents?
A common view of metalheads is that they more frequently drive while intoxicated or at high speeds. They more frequently have sex without contraception or with someone they do not know well. They are more Iikely to use marijuana, cocaine, or other illegal drugs. They vandalize and shoplift more often. Heavy metal music causes metalheads to behave recklessly. The songs contain antisocial themes, and adolescent boys who listen to them have higher rates of antisocial behavior; ergo, listening to heavy metal music leads to antisocial behavior. But, the link between heavy metal music and reckless behavior is sensation seeking. Adolescent boys who have an especially large appetite for intensity and novelty of experience are attracted to the speed, roughness, and sheer volume of heavy metal music as well as to the risk, drama, and danger of reckless behavior. But sensation seeking is not an immutable force that must find expression regardless of the characteristics of the social. environment

Who are Metalheads and Headbangers

A common term (like headbangers) for especially enthusiastic fans of heavy metal. The metalhead moniker is often bestowed on those fans (by themselves or by others) who not only listen to the music as much as possible but also label themselves as metal fans by wearing typical metal clothing such as denimor leather jackets, often festooned with embroidered patches featuring the names or insignias of metal groups.

Headbanging refers to the rocking back and forth motion of the head in time to the rhythm of the music when one is listening to heavy metal music. Audience members can often be seen, especially those at the edge of the stage, “banging” their heads in this manner. Headbanging is usually just a marker of a listener getting lost in the music and moving to it. 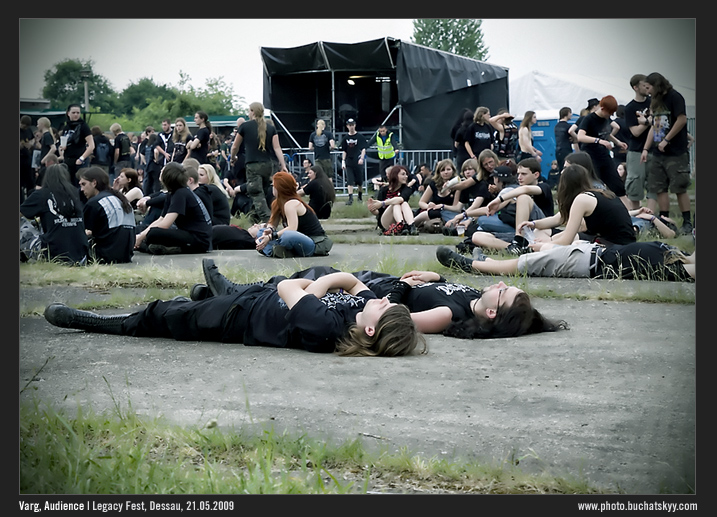 The metalheads display in bold relief, characteristics that are true to some extent for many if not most American adolescents. It should also be recognized that the following for heavy metal music consists not merely of a few thousand aberrant adolescents but many millions of American adolescents in every city and town of this country (as well as adolescents in other countries around the world). The top heavy metal bands routinely sell millions of copies of every album they release and play on concert tours to packed arenas all over the United States.

Many metalheads find a crucial source of meaning in their involvement with heavy metal, not just from the way they resonate to the lyrics of the songs but from their admiration of the performers, from their participation in the collective ritual of the heavy metal concert, and from becoming part of a youth subculture that shares not merely music but a way of looking at the world.

Metalheads are often highly conscious of who is a true metalhead and who is a “poseur,” a phony who pretends to be a metal devotee but is not a true believer. They apply this distinction to heavy metal fans as well as to performers and base it partly on conformity to the metalhead style of dress as well as on shared belief in the metalhead ideology of alienated individualism. Authority that metalheads have over one another is limited to acceptance as an authentic metalhead or rejection as a fake, a poseur.

Metalheads, by listening to the songs and by thinking of themselves as metalheads, as adherents of the messages of the songs, see themselves as sharing in the declaration of these messages. There is a tendency among adolescents to notice, in a way they did not when they were younger, the imperfections of adult society and the hypocrisy inherent in much of adult life. Through heavy metal music, they see themselves as participating in a brave effort to expose this falseness.

Heavy metal performers declare their authenticity not only through their songs but through their appearance, and many fans do as well. The long hair, tattoos, earrings, and other trappings of the performers are ways of declaring, and of signifying to their metalhead followers, that they care little for the societal convention of how men should look, and little for the society that this convention represents. For metalheads who model their own appearance after the performers – and not all metalheads
do, but some do – this is a way of declaring not only their admiration for the performers and their solidarity with other heavy metal fans, but also of declaring that they, too, are authentic. They, too, are not afraid to expose boldly the corruptions of their society.

The audience for heavy-metal music is heavily male-dominated, it’s generally acknowledged and statistically confirmed.
Masculine mystique characterizes the metal subculture.
The metal subculture is also characterized by the midadolescent age grouping of its membership.
The members of the metal subculture are predominantly white, except in countries with overwhelmingly nonwhite population, such as Japan and Brazil.
The performers of metal music are also overwhelmingly white.
Many of the symbols, especially the visual ones, of heavy metal are derived from medieval northern Europe, andellt Anglo-Saxon, and Nordic mythologies.
Some commentators claim that metal fans also tend to come from working-class/blue-collar backgrounds. This observation is more accurate concerning England than USA.

Books about heavy metal and Metalheads:

Movies about heavy metal and Metalheads: