The metal style, from the clothes and hair, to the formed and moving body, is male. A summary realng of heavy metal fashion reveals menace, male menace. It is of, by, and for males. Yet there have always been some heavy metal girls among the sea of boys at heavy metal concerts. Attendance at concerts is the central ritual of the metal subculture. The vast increase of females, especially at lite metal concerts, has already been noted. But it remains the case that most of the female fans (heavy metal girls) are marginalized in the sense that they are less likely to attend concerts. Their activities take place, as is the case for most heavy metal girls, in the home. There they can listen to the music, read the magazines, and be active in the fan clubs. 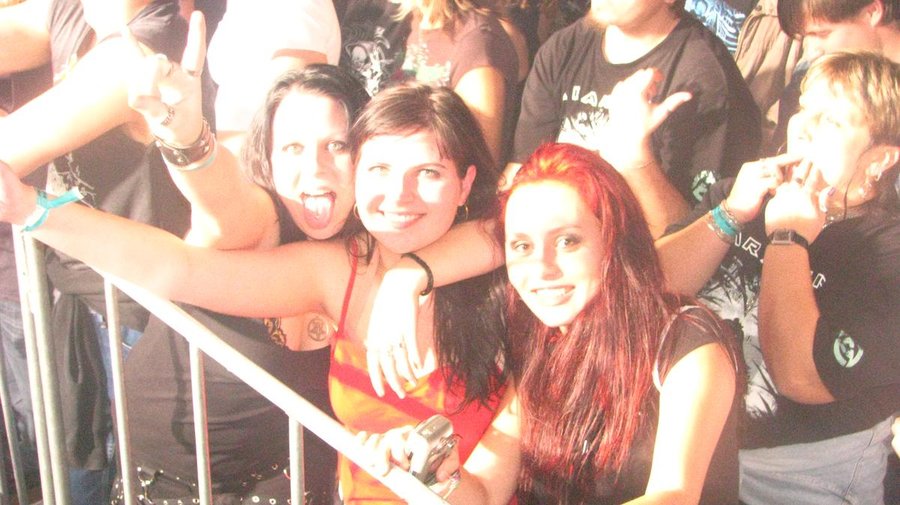 Girls in the metal subculture are at all times, as Bashe states, divided between those who dress like the boys and those who try to emulate the bitch goddesses they see in their heroes’ videos. Thus, some girls wear the jeans and black metal T-shirts, along with black leather or jeans jackets. Others are attired in leather miniskirts, spiked-heel shoes, and an array of cleavage-revealing tops. Both outfits are generated by the masculinist code, either as male fashion or as male fantasy. The point is that there is not a metal style that heavy metal girls can wear as subjects the way that their male counterparts can. The same item, be it a black leather jacket or very long hair, is read differently, does not have the same meaning, when the wearer is female.

Women are also fond of wearing spandex pants, favored by many metal performers, but not emulated by male metal fans. The pants graphically display not only the gender, but also the anatomical differences between the sexes. Heavy metal style is masculine, and girls who want to become members of the metal subculture must do so on male terms. This situation is not unique to, but is extreme, in the heavy metal world.

The girls’ view of alienation and heavy metal: 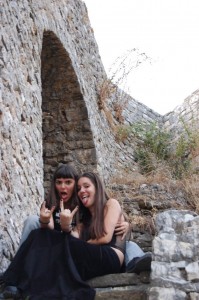 Many girls suffer from a sense of isolation and loneliness. Many heavy metal girls are alienated from socializing institutions of family, community, school, and religion. Because of the radically individualistic nature of their socialization, many young people of each gender are moving into adulthood poorly prepared for the demands of impulse control, mutual obligation, and self-regulation that are inherent in adult roles.

Although the girls’ interest in heavy metal often begins with a boyfriend who likes the music or with their sexual attraction to heavy metal performers or fans, many of them also respond to the message of alienated individualism that is expressed in heavy metal songs. The same paradoxical effect described by the boys was described by the girls. Heavy metal songs reaffirm their sense that the world is a hopeless mess, but at the same time the songs comfort them by confirming that they are not alone in their disillusionment. Heavy metal not only provides this consolation to them, it also purges their anger and sadness. Sixty-three percent of heavy metal girls said they listen to heavy metal especially when they are angry or sad, and nearly all of these girls-close to half of all female metalheads-said the music had a cathartic effect, soothing them and calming them down. In addition to the sources of alienation they share with the boys, the heavy metal girls have a source of alienation that the boys do not: The treatment of women in what they see as a male-dominated world. Ironically, the girls see certain heavy metal songs as prime examples of and contributors to contempt and disrespect toward women. However, the bands the heavy metal girls seem to have in mind when they are critical of heavy metal’s depiction of women are bands that the boys often see as “poseurs,” the “glam rock” or “glam metal” bands, or as practitioners of hard rock-in any case, bands that are not true heavy metal bands. Some heavy metal girls tried to explain the exploitation of women in some heavy metal songs by observing that the exploitation of women is simply a pervasive fact of life.

Girlschool were one of the key bands of the eighties that demonstrated that women could hold their own in the metal scene, which was unquestionably a boys’ club at the time. The band started out in London in 1977 as Painted Lady, before settling on the far more suggestive Girlschool. After releasing their first single, “Take It All Away,” they came to the attention of Motorhead and were subsequently signed to Motorhead’s label and management company, and soon the band became the foremost female heavy metal band in the world. Additional hits followed, including the famous duet with Motorhead, the “Please Don’t Touch” single, which was credited to “Headgirl.” The band continued to tour and record, but the loss of key member bassist Williams signaled the end of the first gold period of Girlschool. In the early nineties, the band essentially changed their name to the She Devils, a project with Toyah Wilcox that led to a period of inactivity for the band. They regrouped in the mid-nineties and the band toured and recorded sporadically, reinvigorated when Williams rejoined the band in 2000. Sadly, guitarist Kelly Johnson died of cancer in 2007, but the band continues to record and perform today with a lineup consisting of McAuliffe, Williams, Dufort, and new guitarist Jackie Chambers. Fans are advised to approach Running Wild with caution, as it was the only record made with a different lead singer, Jackie Bodimead. Girlschool continue to be the premier female metal band in metal’s history.