Heavy metal fashion: As the master emblem of the heavy metal subculture, the music has privileged place within it. But the subculture is not exhausted by the music. It also have nonmusical elements that form a distinctive style, fashion, giving the core audience (metalheads) a relative independence of and initiative in relation to the other actors in the transaction that constitutes metal. Through the components of its style the core audience becomes essential to determining what metal is. The term style refers to whole range of ways in which the body is displayed, animated, and chemically influenced.

The heavy metal fashion and styles

The elements of heavy metal fashion are mainly derived from two late-1960s youth cultures: motorcycle culture (the bikers in Britain and the “outlaw” gangs such as the Hell’s Angels in the USA) and the hippies. Some of the influences of modern military clothing and the Vietnam War can be seen by the fans and bands of thrash metal, with the members of thrash metal bands of the 1980s like Metallica, Destruction, and Megadeth wearing bullet belts around their waists on stage (it is likely that the thrash metal bands got the idea of wearing bullet belts from New wave of British heavy metal bands such as Motörhead, who have incorporated the bullet belt as part of their aesthetic since their inception, since many thrash metal bands in the 1980s were influenced by Motörhead).

The components of style serve social, social-psychological, and symbolic functions. Style differentiates insiders from outsiders, allowing individuals to create identities. By providing forms for expressing attitudes, values, and norms, style takes on the character of a readable text.

Those elements of style that are revealed as visual adornments of the body, are referred to as heavy metal fashion. More so than in other youth subcultures, heavy metal fashion is male fashion. Although not all female members of the subculture share the same styles as the males, all metal styles are inscribed by the masculinist ideology. The following discussion of metal style, then, demands a special, explicitly secondary, discussion of female style. 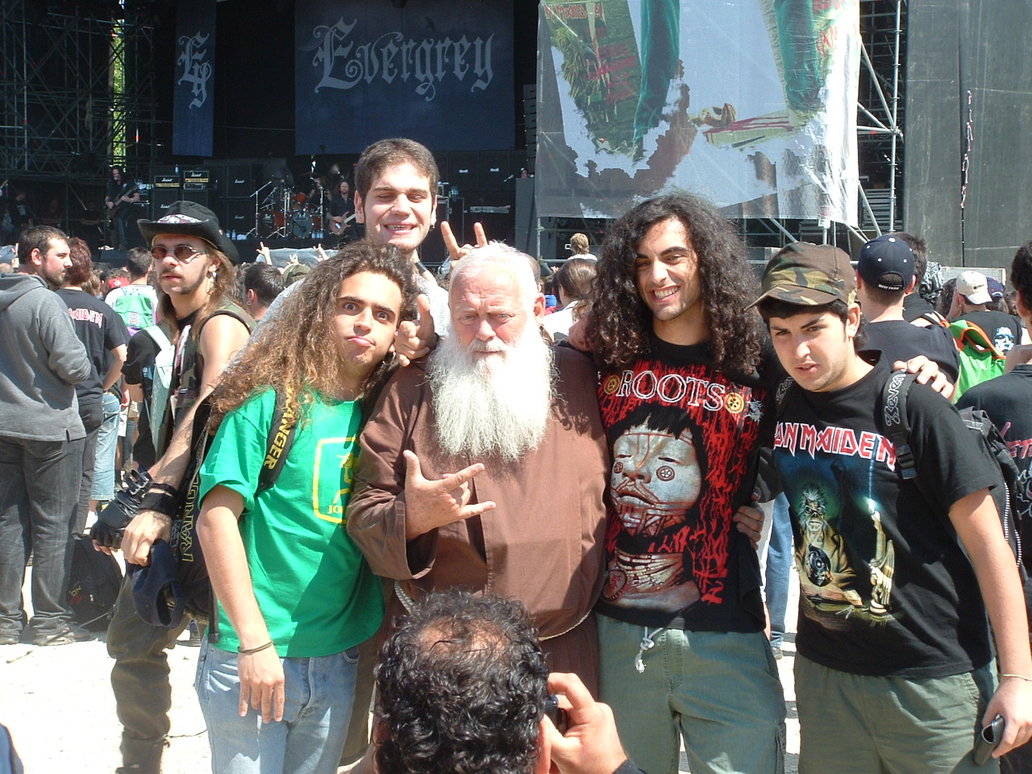 Heavy metal fashion involves the metal uniform of blue jeans, black T-shirts, boots, and black leather or jeans jackets. Boots were heavy metal subculture, joined by athletic shoes around 1980, along with baseball caps with band logos. T-shirts are generally emblazoned with the logos or other visual representations of favorite metal bands. The shirts are worn proudly and metal fans feel free to direct brief remarks or a thumbs-up gesture to others waring shirts depicting a group admired by the viewer. Other ads on shirts are quite acceptable in heavy metal fashion and to metal audience, particularly those for Harley-Davidson motorcycles.

Two types of jackets are acceptable in heavy metal fashion and worn by members of the metal subculture. Best known to the general public is the black leather motorcycle jacket. Basically it is made with heavy leather and has several oversized chrome zippers, including those on pockets and sleeves. The jeans jacket, a legacy of the hippie, is more popular than the black leather jacket in terms of prevalence. These jackets are not only far less expensive than leather, they are also light enough for summer wear. Both kinds of jacket provide spaces for an array of patches, buttons, pins, and homemade artistic efforts. The patches (embroidered band logos) are sewn on to the jackets. They range in size from about three inches to over a foot long. The buttons, from one inch to three inches in diameter, carry logos or reproduce the album covers of favorite groups; a person rarely wears just one. Prominent designs include skulls, skeletons, snakes, dragons and daggers.

Leather-studded gauntlets and wrist bands are also part of heavy metal fashion. Other items of jewelty adorninig some metal fans include earrings and necklaces, generally with dangling crosses, although males with earrings are distinct minority. Closely related to the pins and rings, but more colorful are the tattoos, which are key trademarks of the heavy metal fashion. The usual location of the tattoo is on the arm, since T-shirts permit it to be seen there.

Dancing is alien to heavy metal, but heavy metal music is based on a strong, regular beat that calls forth movement from the body. The solution to the problem of body movement was to create a code of gestural response to the music that could be shared in common. 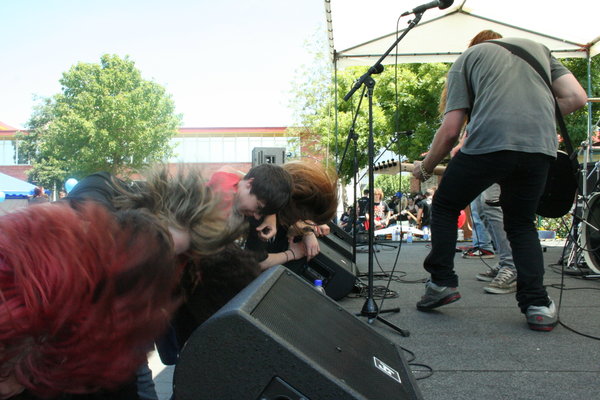 One of the two primary gestures is the arm thrust, usually a sign of appreciation but also used to keep time with the rhythm.
The other primary gesture, called headbanging, involves downward thrust of the head with a gentler upthrust. The move is distinctive enough to metal to serve, by metonymy, as a designation of the metal audience: headbangers. Done correctly and with long, loose hair, the downward thrust repositions the hair so that it falls down around the face as one faces the floor. The upthrust neatly repositions it down the back.

The walk of metal fans is less distinctive than their gesture. It is not the walk of the fleet-of-foot athlete or the graceful gait of would-be dancers. The term “lumbering” might be an appropriate adjective for a walking style that resemble the movement of a weight lifter. It reflects the masculinity of the culture.

The metal subculture also fosters the ideal of a specific body type, even if that type is not achieved by the majority of the subculture members. Muscle building is a hobby of many metal fans; their concentration on their arms creates the look of the idealized blue-collar worker, similar to that iconized in the socialist realist paintings of Stalin era. The body type of the typical metal fan is mesomorphic, in contrast to the ectomorphic type found in the punk and hardcore subculture.

Beer as substances of choice in Heavy metal subculture

Metalheads’ substances of choice are beer and pot, the former taken from the bikers and the letter borrowed from hippies. Ingestion of massive quantities of beer has remained a constant feature of the heavy metal subculture. In Britain, metal festivals are notorious for the urine-filled containers tossed at aas that are not appreciated. Fearful of flying bottles, or at least worried about insurance
costs, American venues serve only paper or plastic containers.