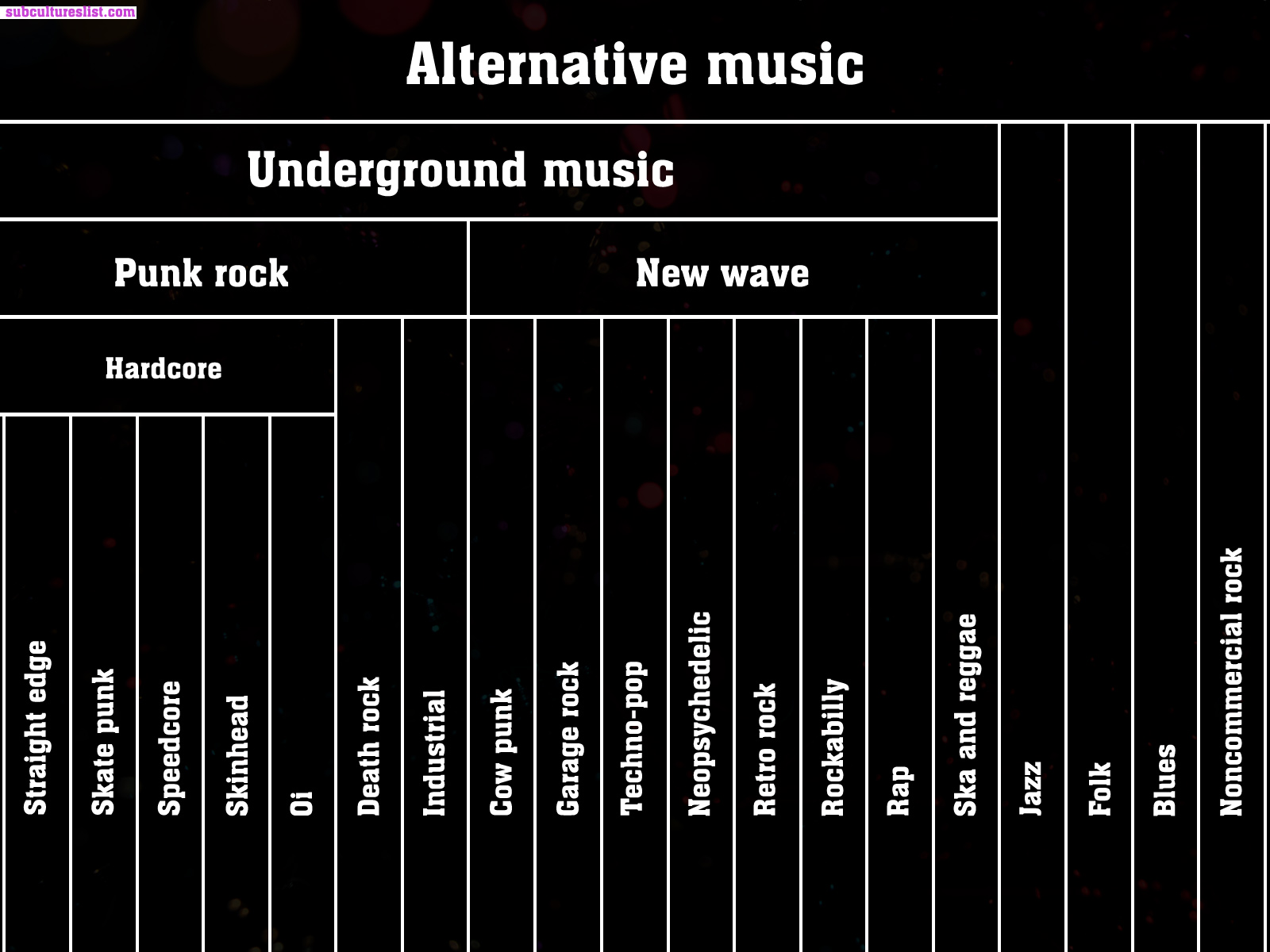 Punk rock is generally accepted as a cover term for all those musical forms which can be traced to the original punks of 1976-79 and for the music of that specific time. What is still classified as punk rock is generally music which is confrontational, abrasive, and challenging to the listener. This is in contrast to those styles called new wave, which are melodic, ear pleasing, and often associated with other musical traditions.

Hardcore is characterized by songs that are loud, short, and fast, with words that are shouted rather than sung. Hardcore as a musical style is subdivided into separate genres based on personal and political values and minor variations in delivery.

Skinhead and oi bands tend to concentrate on racist and sexist themes and ideas of the superiority of the working classes.

Straight-edge bands emphasize themes of personal responsibility, while skate punks are concerned with their position as skateboarders.

Speedcore is primarily concerned with the form of delivery (very fast) and has been somewhat successful in attracting a following among fans of heavy metal rock.

Death rock and industrial music are direct descendants of the experimentation fostered by the original punk movement. Death rock is often atmospheric music with dense, murky sound and lyrics about doom, despair, and the inevitability of death. Industrial music places primary value on experimentation and the use of nontraditional instruments (power tools and sheet metal) and found sounds (tape recordings of common sounds such as doors slamming, water dripping, or cars starting).

The musical styles associated with new wave are for the most part adaptations of preexisting musical forms. Some of these are revitalized genres from other eras. Psychedelic was originally popular in the 1960s and musically simulated the sensory distortions experienced by persons stimulated by psychoactive drugs. Garage rock was originally an idealization of amateurism in the 1960s. Retro rock seeks to revitalize rhythm-and-bluesbased music, originally popular in the 1950s, as does rockabilly.