Militant straight edge and their position in straight movement:

Despite members’ avowed positivity, Straight Edge has always had a reputation, fueled in large part by the mainstream media, of intolerance toward people who use alcohol, drugs, and tobacco. 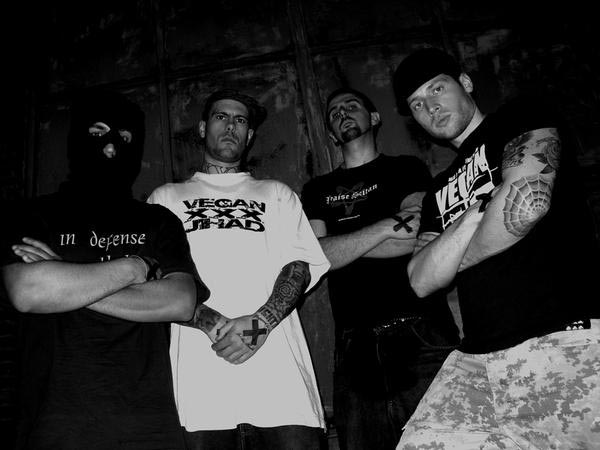 Since its inception, there has been an ongoing tension within Straight Edge between positivity and militancy. The hardcore scene as a whole has always attracted a few violent elements and at some shows you can almost expect there will be fighting. Even early bands Minor Threat, Uniform Choice, and SSD struggled to create a drug free scene while fighting to defend their beliefs from attack. Throughout Straight Edge history, various bands and individual Straight Edgers have been labeled militant by both external authorities and by insiders.

Militancy can mean many things, from randomly attacking a smoker to simply being exceptionally outspoken in promoting the Straight Edge lifestyle.
Militant (Hardline) signifies someone who is dedicated and outspoken, but also believed to be narrow-minded, judgmental, and potentially violent. For most sXers, the term is derogatory. In general, the characteristics of militant Straight Edgers include the following:

The Salt Lake City, Utah, scene emerged as the dominant face of militant straight edge during the mid-1990s. Reports of violence against smokers and drinkers and connections to the Animal Liberation Front landed Salt Lake City (SLC) straight edgers on FOX’s America’s Most Wanted program and placed the movement on law enforcement’s list of gangs. Interviews with a few of them on ABC’s 20/20 displayed both tolerant and militant members. During the 2002 Winter Olympics, officials placed sXe on a list of potential domestic terrorist threats.
The notoriety of Salt Lake City straight edge resonated throughout the U.S. scene. The Reno, Nevada, scene has been the latest to attract negative national attention. In March 2005 the area’s regional gang unit added straight edge to its list of street gangs after a number of attacks on smokers and/or drinkers.

The mid to late1990s peak of so-called Militant Hardline straight edge, the notoriety of straight edge gangs (crews), and the Salt Lake City hysteria evoked a powerful response from the more tolerant straight edgers. Though the vast majority of sXers had never abandoned their positive roots, the actions of the few militant straight edgers overshadowed much of the scene. Individuals and bands, in Denver and across the country, spoke out for a return to positive hardcore and scene unity.

While many straight edgers respond to militancy with positivity, others choose to leave the movement. They maintained the clean-living lifestyle, but moved on to other social circles.

Like any scene, straight edge has its share of scene politics, internal disputes, and opposing factions. Hidden are the intense arguments within the scene over the meanings and goals of the movement, often leaving the public with a one-sided image of straight edge. Tolerant sXers have always outnumbered their more militant straight edge counterparts. Yet tolerant straight edgers should be wary of dismissing the important role played by more outspoken (but not violent, militant, hardline) straight edgers within the movement. The ongoing tension between tolerance and militancy may serve several useful functions, including galvanizing members, re-examining core values, and attracting a wide variety of new faces.