The skinhead fashion is smart, clean and though. It is precise uniform which proclaims identity.

As early as 1964 one could recognise mods – who resembled skinheads in that they had short, cropped hair, wore Ben Sherman shirts and Levis. The Mods eventualy split in two groups: One group, the art college or trendy mods and other group the hard mods, or the gang mods, developed into the skinheads. The mod’s fanatical eye for detail became an important element of skinhead fashion.
The young people who developed this skinhead fashion and style rejected the finery and slightly effeminate characteristics of the art college mods and the hippies for clothes that were more related to their working class background. Skinheads needed clothes that would not get torn in a fight, which would stay pressed and neat and which would identify them in crowd. Donkey jackets, army greens, tough working jeans, industrial boots and braces fitted this need. Steel toecapped boots, highly polished, became a badge of identity and useful wapon until they banned at football matches.
The third source of the skinhead fashion was the hip young West Indians of inner city areas, such as Labeth or Brixton. The whites and blacks mixed freely at dance halls and clubs, both indulging a common love of dancing and music. The black youths were known as Rude Boys or Rudies. They could be seen hanging around street corners in Brixton, dressed in long black coars, later to become the crombies of the skinheads.

Skinhead fashion and hair style
In addition to clothes, hair styles are an important indicator of who you are and the subculture to which you belong. Skinhead hair style varid over time; In the early days, the crop was fairly short, then the number one crop came into fashion, giving skins the nearly bald look. By late 1969, the length had increased, giving rise to a new name. The suedehead had hair at least one and half inches long.

Expansion of skinhead fashion and style

Although the typical picture of the skinhead is boots and braces, skinhead fashion changed in the evening when skinhead went to dance halls and clubs. Skinhead suit were much like those worn by the mods. Where daytime clothes were loose and hard wearing.
The skinhead fashion spread through the football clubs, the dance halls and the dance circuits. Skinhead fashion was established before the media got hold of it. The supporters of London clubs such as Tottenham, West Ham and Chelsea, included many skinheads and these soon made their appearance known to rival supporters. Football was the major event of the week. It offered all the excitement of adventure with mates, the chance to display fanatical loyalty to your club, to prove your hardness and win the admiration. Together with the opportunity to get drunk and run amok, provided the sort of power and excitement which is denied to working class youth. 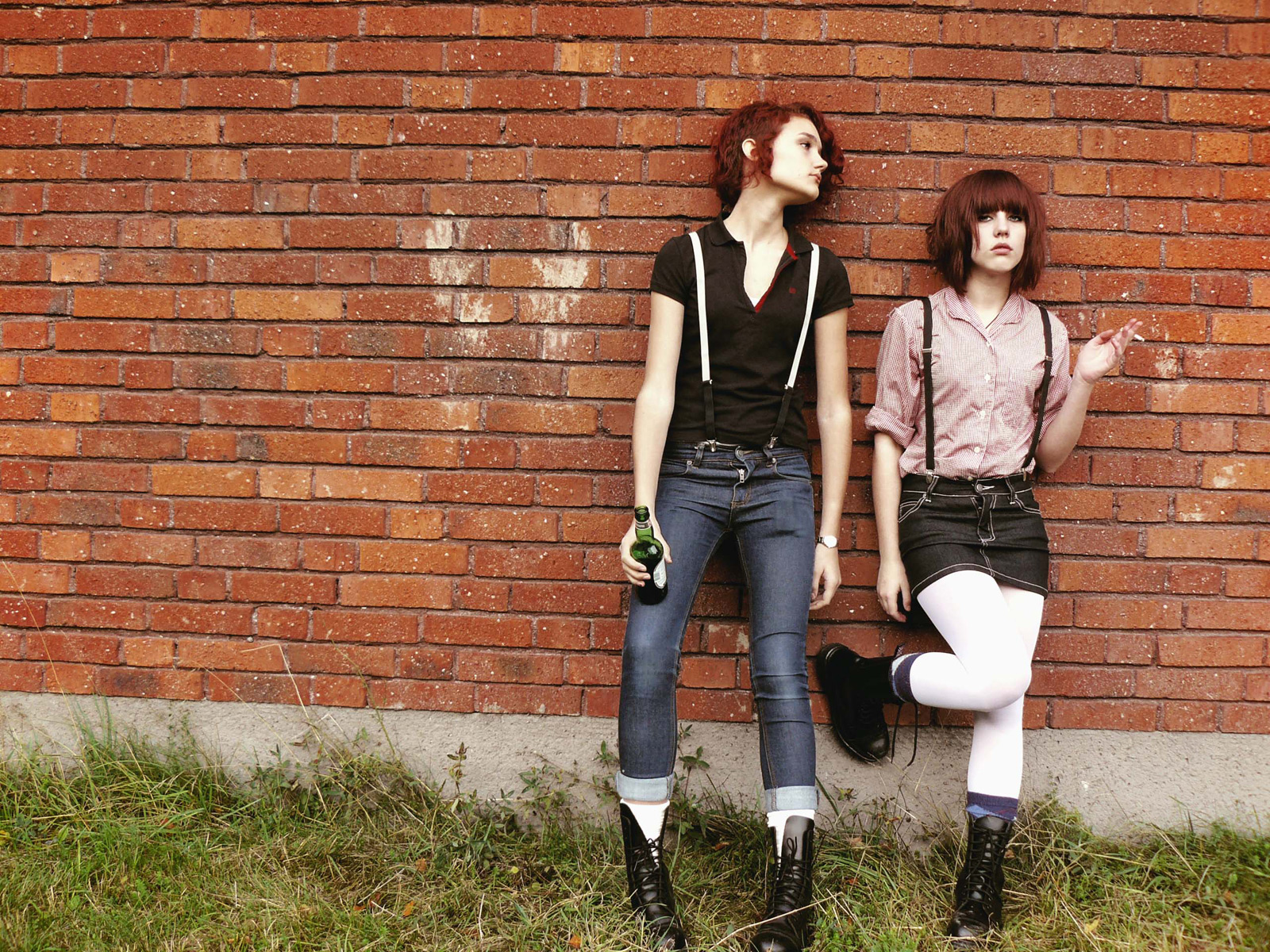 Trains the skinhead style of transportation

The method of transport, unlike the mods and rockers, was not an essential of the skinhead style, although there were scooter skins with the scooter stripped to essentials. Public transportation was an accepted way of traveling. If a skinhead crew went to Southend on a Bank Holiday Monday, which was a traditional outgoing for London’s East End, they would arrive in the town by train and walk as group to the seafront. Marching along the street, with boots thudding and fingers slapping, all wearing same clothes and same haircut, the skinhead presented image of power. 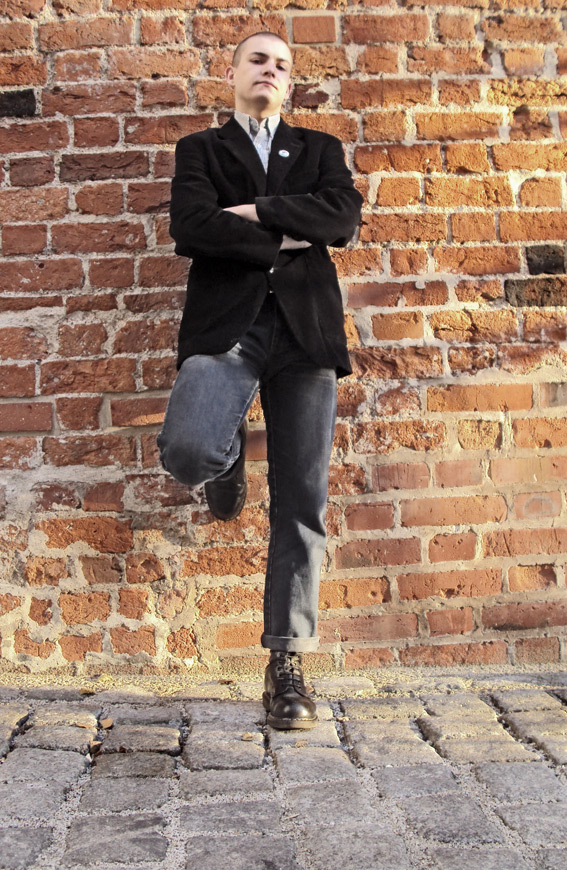 By the winter of 1969-70, skinhead hair was longer, parted at the side and styled, The Tonik suits were being worn in day instead of only in the evenings. Shoes (loafers and royals) were replacing boots. Braces disappeared and belts became more common. This was the era of suedehead. By 1971 hair had got even longer and was now down to the collar. The smooths with their girls, the sorts, had taken the scene. The smooths bore little resemblance to the early skins, although they were clearly of the same descent.

The skinhead fashion and style never quite died out in the East End or in the industrial Midlands. However, veru few skins were seen on the streets between 1972 and 1976. In the 1976 new youth culture rise, Punks. In the following year Punks fought Teddy boys in King’s Road, Chealsea, on Saturday afternoons. Surprisingly, each of the opposing groups had their own skinhead supporters, most whom were part of a skinhead revival. The Punks needed some support in their battles with Teddy Boys, since dressed in their bondage gear, the punks were no match for teds. The successors to the old skinheads tended to side with the teds, who were pro-British while punks were anti-royalist. The skins who sided with punks where a new breed.

The new skinheads revived the most extreme elements of old skinhead fashion and style and exaggerate them. Heads were shaved completely or the crop bleached. Only boots, jeans and braces were revived, nos suits were worn. The swastika, already adorning many a punk T-shirt, was flaunted in the form of facial tattoos and the public was taunted with Nazi salutes. The skins gave out the image of an almost robot uniformed army.

The skinheads who supported Teddy Boys were traditionalist; they were reviving almost exactly what original skinhead had been, with their smartness working class ethics and attitudes.