Who were Diesel Boys (Dizelasi)

Diesel Boys were a members of youth subculture that emerged in the 1990s in Serbia. The name Diesel Boys comes from Diesel jeans which was popular among youth in Serbia in 1990’s. Name Diesel Boys also been attributed to the fact that many of them deal with illegal activities, such as smuggling fuel. At that time, Serbia has been under United Nations economic sanctions, which meant that Serbia was prohibited any trade with other countries. It was hard to get any goods not made ​​in Serbia. Brands such as Diesel jeans, Nike, Reebok, BMW, Marlboro have become a status symbol since it had been difficult to obtain. 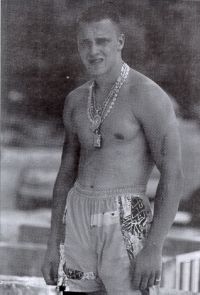 There are two initiators of Diesel Boys subculture: young criminals and Turbo-Folk music.

Although subculture was not built around the music, music was a big influence on the formation of visual identity and style of Diesel Boys. At the beginning of the 90’s new style of music emerged. The traditional Serbian folk music, mostly performed by elder singers, was replaced by a new accelerated version called Turbo-Folk. Turbo-Folk was a mixture of many musical styles: traditional Serbian ethno music, Greek and Turkish melos, Disco, Hip hop, Dance music…

New music has been performed by new bands, musicians, singers who were mostly teenagers and young adults. Their rapid success and popularity was followed by a fast and luxurious lifestyle. In their music videos they propagated their own way of life: luxury brand clothes, fast cars, gold jewelry and beautiful girls. Most young people tried to emulate that lifestyle.

In 1990’s crime, smuggling and black market flourished in Serbia. The war was in the neighborhood and weapons was available to everyone. Young people in order to achieve wealth turned to crime. Others, who were not directly in the crime, were imitating the appearance and behavior of young criminals.

Diesel Boys were a young man which cherishes the image of rough guys. They shaved their heads, regularly train in the gym and often carry some kind of weapons. They were often involved in fights and petty crime. Also, they attacked the young men who belonged to other usually western inspired subcultures, such as Metal heads or Punks.

Several movies about Diesel Boys were filmed in Serbia during 1990’s: Do koske (To the bone), Rane (Wounds), Vidimo se u Citulji (See you in the obituaries)…

Vidimo se u Citulji (See you in the obituaries)
Documentary (with english subtitles) about Serbian criminal and young gangsters from 90’s, which was the inspiration to Diesel Boys.