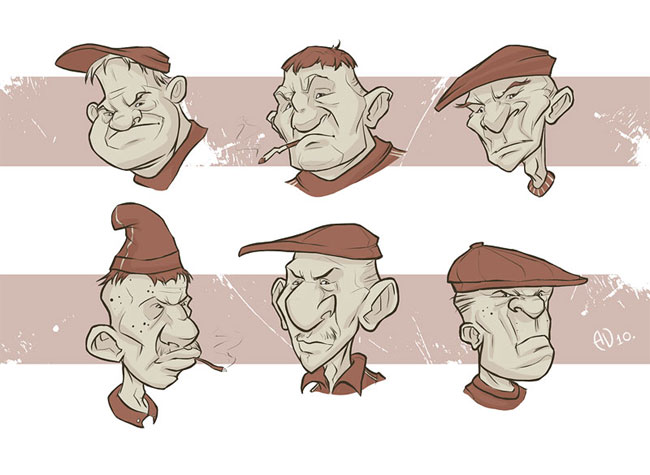 The terms Gopniki (Gopniks) came into use to refer to the most visible stream of Russian youth subculture in the second half of the 1980s, although the subculture have earlier origins in the hidden unofficial realm of Soviet reality before perestroika. By the 1990s Gopniki were losing their coherence as distinctive entity, dissolving into a more differentiated, shifting, and inchoate pattern of youth subcultures. It needs to be emphasized that while the Gopniki have been the most salient cultural group among Russian youth, at no time have the majority of young Russians belonged to either grouping.
Gopnik is a stereotypical class of young males up to 30 years old found in Russia and post-Soviet countries, similar to a Chav or Ned in Great Britain, characterized by aggressive behavior, specifically towards the weak, predilection to the criminal subculture, abuse of alcohol beverages (specifically beer and vodka) and specific fashion preferences.

The Informals (neformals) were young people who identified themselves with various parts of the youth counterculture that was penetrating Russia from the West. They included hippies, punks, and the creators and consumers of heavy metal and rock music.

Gopniki is a term that was invented by “Informals” to refer to other youngsters who made their lives on the street difficult. Like much of youth slang, the word is thought to derive from criminal argot, in which “gop-stop” means “pick-pocketing.” The Gopniki were young men who cultivated a tough Russian style and—by definition—hated the un-Russian Informals. Gopniks typically lived in working class towns or suburbs, belonged to territorially based youth gangs, and took an interest in body-building and combat sports. Particular notoriety was gained in the late 1980s by the Gopniki of Lyubertsy, a satellite town to the southeast of Moscow; the Gopniki undertook periodic expeditions into the capital to hunt down and beat up young men with long hair.

In the 90s two things have worked to kill off the Gopniki:

Sudden and wide availability of hard drugs and pistols, introduced into a Gopniki culture as fearless and primitive as theirs, meant that nearly half of the species went extinct within a decade.
Second, the introduction of Western bourgeois values and cultural tastes, along with Putin’s ushering in a period of apparent stability, growth and sobriety, meant that the gopniki’s 70 year reign as the kings of the rebel world suddenly changed: Russians of all classes quickly grew to despise the peasant-like gopnik aesthetic.
The new Putin-era patriots no longer need gopniki either, even though gopniki have always been the fiercest Russian patriots. In the Putin era, patriotic kids look more European, dress more European, listen to European-ish and even American-like music. The only remnant of the gopnik gene is that even the most seemingly-Westernized young Russian carries inside of himself or herself classic gopniki attitudes: blind chauvinism, anti-Americanism, hatred of dark-skinned people.