The vampire culture is an alternative lifestyle, based on the modern perception of vampires in popular fiction. The vampire subculture has stemmed largely from the goth subculture, but also incorporates some elements of the sadomasochism subculture. 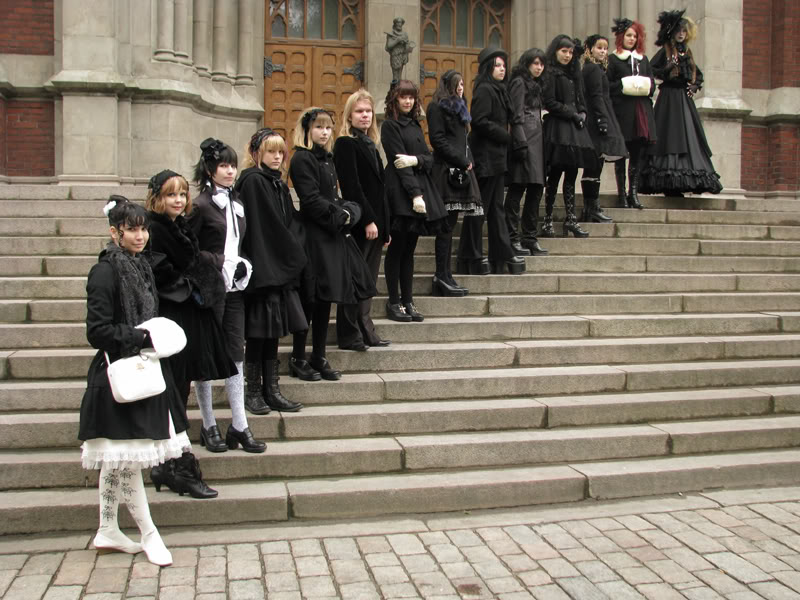 There are many different elements within current vampire culture, the distinctions between the groups are sometimes blurred, people may be part of more than one group, and many resist simple categorisation. However, the following rough classification may be useful for anyone unfamiliar with this area:

Vampire Fans
Vampire fans are people who are attracted to legend of the vampire. They may focus interest on particular fictional representations of vampire culture (for example, Anne Rice’s vampire books, Dracula, Buffy the Vampire Slayer), or more broadly on all vampire-related material. Some fans of vampire culture engage with existing fictions by drawing on them to create their own material, for example the web authors of slash fiction based on Buffy the Vampire Slayer. Bite Me magazine caters for those who are general vampire fans and enthusiasts. Lifestyle vampyres are a group of fans who incorporate vampire imagery into their lifestyle and dress.

Blood fetishists
Blood fetishists practice blood drinking and/or bloodletting individually or at organised events. There are websites and magazines dealing with how to do this consensually, for example Bloodstone magazine.

Real vapires
Real vampires are those who feel that they actually are vampires. These can be divided into blood feeders who crave blood and psychic feeders who feed on the life force or psychic energy of other people. Some are both blood and psychic feeders, and some are so called elder vampires, who claim to have an extraordinarily long lifespan or to be immortal. Being a real vampire may also involve having pale skin and/or an aversion to sunlight. There are also those who are not vampires themselves, but believe in the existence of modern day vampires and write about this.

The Sanguinarium is a network of individuals, organisations and nightclubs who share a like-minded approach to the vampire culture, aesthetic and scene. The goal is to bring to lofe vision of the Vampire Connection as founded in Anne Rice’s The Vampire Chronicles, which is a network of vampire bars and safe houses in which vampires can be open about who they are; a voluntary standard of common sense, etiquette and ideals for the vampire culture. Many vampires are members of an active club scene and these clubs are a very important part of the vampire’s culture.
Vampire subculture consists of family-like substuctures that were first formed around nightclubs events. Places where vampires gather are known as havens and often, to gain access to these establishments, vampires must wear a symbol that identifies them as part of the vampire culture, for example a specially made silve ankh. Such items also allow vampires them feel more like a vampire.

Todays real vampires have a little in common with the early folkloric vampires. They tend to be pale rather than dislike of sunlight and hunger for blood is actually closer to the literary vampires invented in the 19th century. however, it seem that the idea of the real vampire serves just as much of a purpose as the early vampire did, although interestingly those benefiting are now perhaps themselves rather than the general community. Nobody in the past actually identified as a vampires in the way that they do today. In the past people were perceived as vampires by others, whereas now people identify as vampires themselves.