Oi arose out of punk and out of skinhead. It was movement of punks, skins and rebels, kids who didn’t conform.

The skinhead style never quite died but very few skinheads were seen between 1972 and 1976. But in 1976 new and extraordinary youth culture rise, the punks. But, punks were having problem to deal with their rival youth culture Teddy boys, punks needed some support in their battles with teds, since dressed in their bondage gear, punks were no match with teddy boys. Surprisingly, each of opposing groups had their own skinhead supporters, traditional skinheads tended side with teds and new breed of skinheads supported punks. The new skinheads revived only the most extreme elements of old skinhead style.
Punk was supposed to be street music but it became full of ponces, plastic and pretenders, commercialised by industry and exploited by the pioneers. In contrast Oi was always working class thru and thru.

This new skinheads were drawn to bands such as Skrewdriver, Cockney Rejects, Angelic Upstarts, Cocksparrer and Bad Manners. 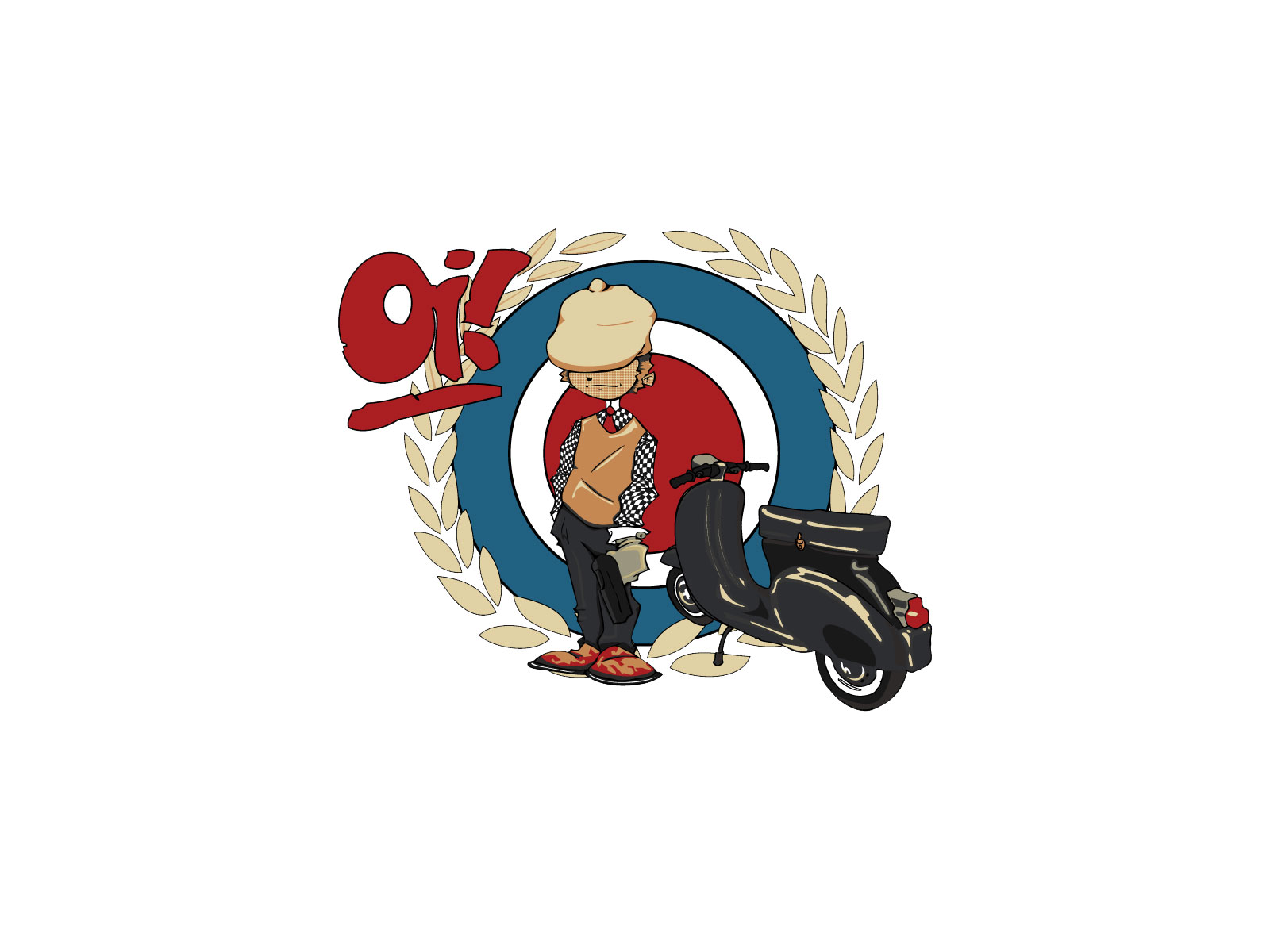 Gary Bushell of Sounds music paper constantly reviewed bands of Sham 69 mould. This hard, fast and unmelodic punk music was said to be the new music of skinheads. It was called Oi music. Revival didn’t mean just new music and new style, not just different in dress, but it meant new behaviour, attitudes and some political role which was entirely absent from original skinheads.

Oi! became a recognized genre in the latter part of the 1970s. Rock journalist Garry Bushell labeled the movement Oi!, taking the name from the garbled “Oi!” that Stinky Turner of Cockney Rejects used to introduce the band’s songs. The word is an old Cockney expression, meaning hey or hello. In addition to Cockney Rejects, other bands to be explicitly labeled Oi! in the early days of the genre included Angelic Upstarts, The 4-Skins, The Business, Blitz, The Blood, and Combat 84.

The prevalent ideology of the original Oi! movement was a rough brand of socialist, working-class populism. Lyrical topics included unemployment, workers’ rights, harassment by police and other authorities, and oppression by the government. Oi! songs also covered less-political topics such as street violence, football, sex, and alcohol.

Some Oi skinheads were involved in white nationalist organisations such as the National Front (NF) and the British Movement (BM), leading some critics to identify the Oi! scene in general as racist. However, none of the bands associated with the original Oi! scene promoted racism in their lyrics. Some Oi! bands, such as Angelic Upstarts, The Burial, and The Oppressed were associated with left wing politics and anti-racism. The white power skinhead movement had developed its own music genre called Rock Against Communism, which had musical similarities to Oi!, but was not connected to the Oi! scene.